Generate names for your studio business below.

Think of some relevant keywords for our generator to work with.

You’ll get lots of unique name ideas. Then, you can use filters to fine-tune the list to find your favorite names.

Compare your options, verify domain name availability, and finalize the perfect name to start your business.

How To Name Your Studio

If you’re looking to name your studio but you don’t know where to start, you’ve come to the right place! In this article, we’re going to talk you through how to create your very own business name using our studio business name generator. For extra support, we’ve also included content to consider for your niche, and tips to find something unique.

Studios are accessed by artistic individuals for a variety of creative projects, from sound recording and filmmaking to pottery and dance. If you’re starting a studio business, think of studio names that will put you on the map, and express what it is that you do.

To give you an idea of the results to expect from the studio names generator, here are 20 ideas.

Every business owner should take note of business names already taken in the industry. Knowing what your competitors are doing will help you to focus on your own brand performance, from the name to the services. You can discover the strengths and weaknesses of your competitors, and use this information to create a better name for your own studio business.

Studios offer a suitable space to host all kinds of things. There are multiple studios throughout the US, used for purposes including;

For the purpose of this article, we’ve chosen to focus on film and music studios. Here are 5 famous real-world studio businesses with summaries of their names.

The Walt Disney Studios is a household name that encompasses several other film studios including Pixar Animation Studios, Marvel Studios, and Searchlight Pictures. The name originates with Walt Disney (Walter Disney), the founder and creator of numerous animated cartoon films.

In terms of name creation, Walt Disney Studios is very straightforward. It’s particularly engaging because it is such a unique name. If you have an uncommon name with a nice ring to it, naming your studio business after yourself could be a fantastic idea. It won’t take you too much time or effort either!

Abbey Road Studios is said to be the most famous recording studio in the world. Formerly known as EMI Studios, the name derives from the Beatles eleventh studio album titled Abbey Road, which is appropriately named after the street in which the studio is located, where they recorded the album.

The name’s origin is simple, and yet iconic worldwide. It’s easy to read, spell and pronounce, and has a wonderful history behind it. Naming your business after a special location is a good way to generate ideas, as well as bring interest to the area.

Warner Bros is another studio notorious for film and television. Like the Walt Disney Studios, the name of this company originated with founders, Harry, Albert, Sam, and Jack Warner, otherwise known as the Warner brothers. ‘Bros’ is a shortened word that references brothers within a company.

It’s another relatively uncommon name. Paired with ‘bros’, it is catchy and memorable. If you’re considering using your own name, it doesn’t have to be your full name. Warner Bros demonstrates that the use of a surname has just as much impact. You could also consider your business partner or partners, and come up with a name that includes everybody.

Sunset Sound is a recording studio in Hollywood. The name connects to its location at Sunset Boulevard. Its form is simple, pulling together the name of the area with what it does – makes a sound. The words combined create a happy alliteration that remains in people’s memory. It’s not complicated, difficult to spell, or hard to find!

DreamWorks is an animation studio that has created many loveable characters over the years. The name refers to the concept of the studio, which seeks to tell stories about dreams. ‘Works’ can be interpreted as ‘factory’, which means the name can also be viewed as ‘dreams factory’. It’s a suitable name to attract animation lovers, drawing on imagination and inviting you to join an alternative universe through film.

Studios are a space for creatives to produce artistic works, whether film, music, art and so on. With this in mind, the name should reflect your creativity in some way. The more interesting it is, the more it is likely to attract other creative minds. This, in turn, will generate business to your studio, and keep people returning time after time.

That said, studio names don’t have to be completely made up. The real-world studios listed earlier in this article show that using your very own name is enough to become a globally-recognized name. Of course, it helps if your name is somewhat different from popular names.

Think about what your studio business is going to provide. Do you want to give local artists a place to practice away from home? Perhaps you’d like to focus on sound recording. In this instance, consider names that give a sense of who you are.

We’ve shown you how to use our studio names generator, discussed world-famous recording and production studios, and even listed 20 studio name ideas for you. Now it’s time to look at what you can start doing, until you gradually come up with an ideal name to brand your business. You might get lucky and find something you love right away, or it might be a long process. Either way, we’ve got you covered with these 5 tips.

The real-world studio names should have given you an understanding of how to review the competition. While looking at the biggest names in the industry is exciting, it’s time to turn your attention to your real competition. The studios you will face competition with are those that are close to you.

Whether you’re setting up in a city, town, or somewhere completely remote, see what other studios are in the same vicinity. Analyze all the studio names that your clients are likely to encounter when searching for you. Your business name must stand out from the rest!

The key question to ask yourself is: how can I make my studio name better?

It’s a good idea to express in your name what your studio is. As mentioned earlier, Sunset Sound immediately reports to clients that sound recording takes place in this building. However, if possible, try not to be too basic with your wording.

For instance, adding ‘photography’ to the name of your photography studio is all well and good, but could it be better? Consider collecting words associated with the photography world, such as ‘lens’ or ‘image’. There are so many ways to get inventive, you just need to have fun with it!

There are many ways to develop a memorable name. Factors to take into consideration include the use of alliteration and putting together words that rhyme. These literary techniques are an ideal way to come up with something punchy for your studio.

Another suggestion is to use a word that isn’t necessarily popular. This makes your name intriguing and can help to get passersby to stop and take a moment to wonder what your studio name means. They may even find the definition, and that moment of learning something new will help them to remember.

It might be tempting to force together random words in a frustrated effort to form something unusual. While you may end up with something completely individual, its meaning will not have any value. A good business name leaves customers wondering about the origin. If you’re asked about the branding, you want to be able to give an interesting story, not one which doesn’t make any sense.

The studio business name generator is a genuinely effective tool for brainstorming studio names. There’s no limit to the number of words you can add, or how many times you can try. We advise keeping at it until you’ve explored all the wording you can think of to generate your name.

Related: How to Start a Radio Station

Related: How To Start A Photography Business

Related: How to Start a Record Label

Good studio names deliver your brand message in just a couple of words. People can see at a glance who you are, and what you’re about. If you want to make it big in the studio business, design a name that is individual, and that will be remembered for a long time to come. To get started, try our studio business name generator.
Naming a studio can be challenging, but with our studio name generator you will find hundreds of names just waiting to be picked. When deciding which words to incorporate into your business name, top tips include avoiding difficult spellings, choosing something with a meaningful message, and keeping it short. 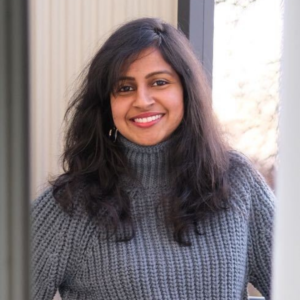